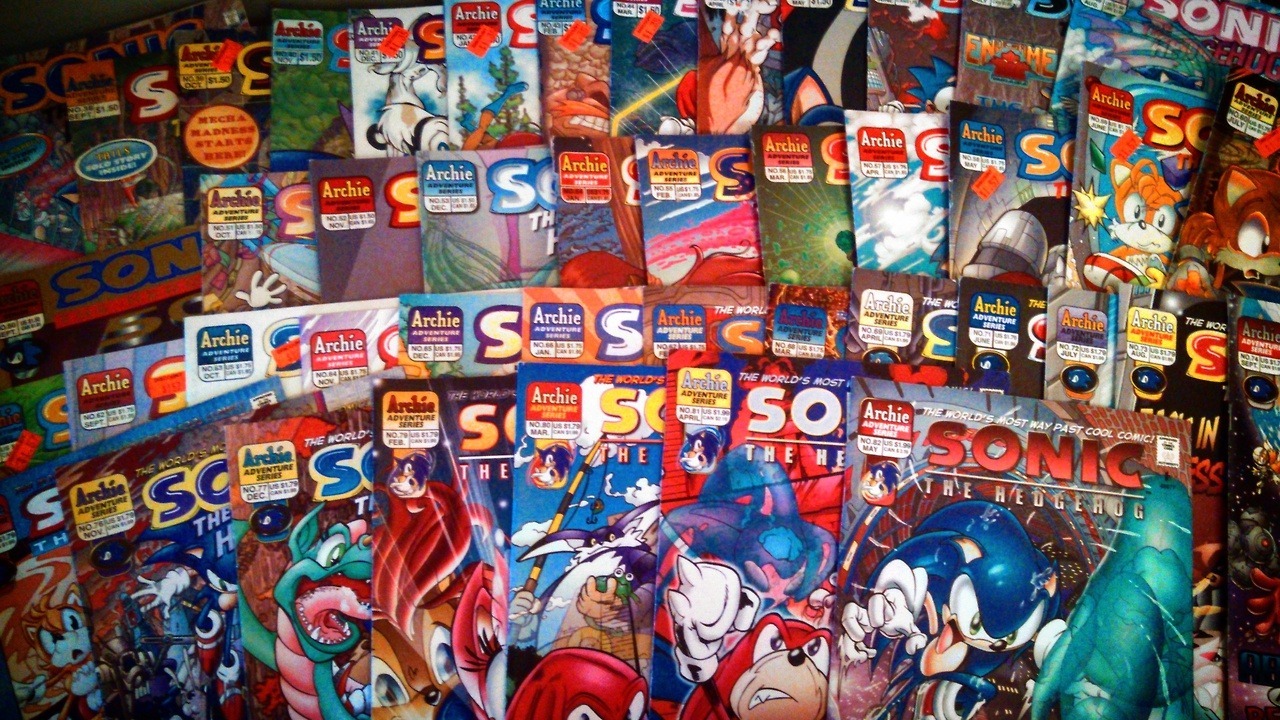 after 24 years Sega’s officially breaking ties with Archie. no reason stated, no info on the new issues that have apparently been in limbo for months. apparently there’s been some dumb shit going on behind the scenes for a while… Archie practically looks like it’s on the brink of collapse… plus Ken Penders lawsuits (lol)… but that’s a bunch of drama i haven’t really followed, don’t really know about, and i’m not here to talk about cause this is going to be a tribute post dammit!! 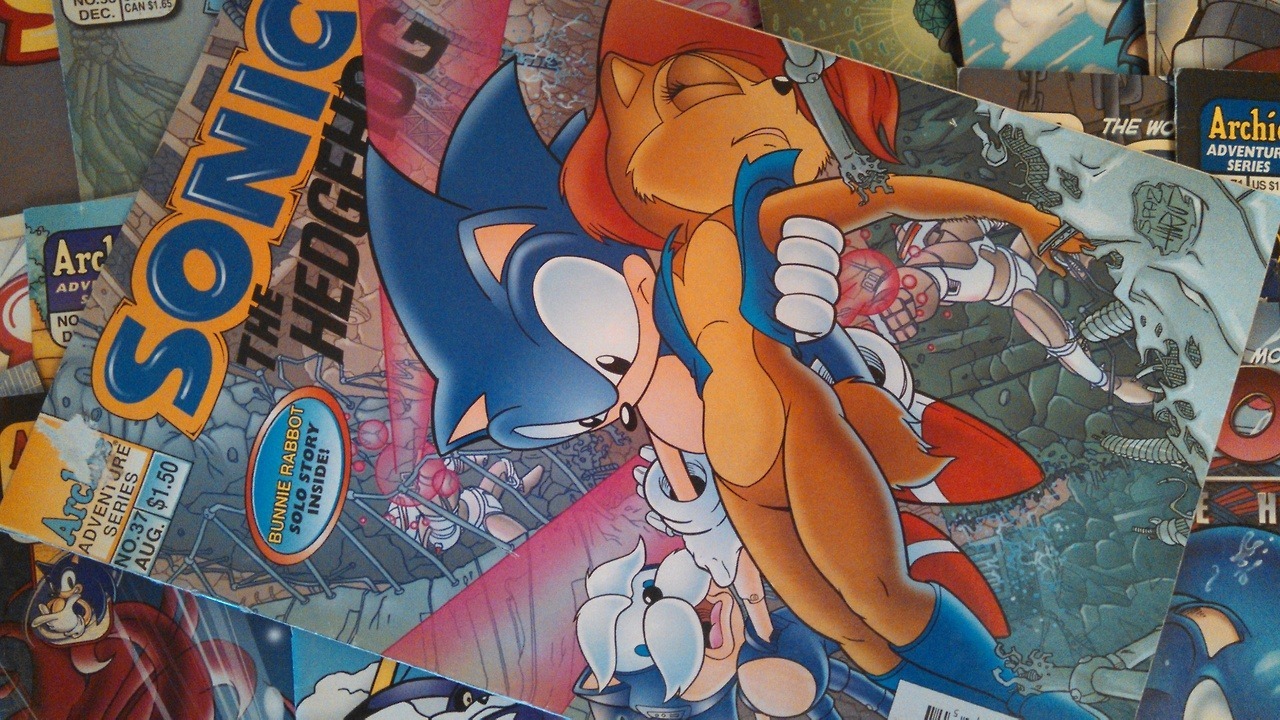 so the first time i saw a Sonic comic was in the local supermarket as a kid. i was with my parents and glanced at the comic rack, which i’d barely paid attention to. but this time i saw “it”… that bigass sonic logo and characters i was so familiar with. it was issue 37, apparently published in may/june 1996 (despite the cover saying august). so i must’ve just turned 6 at the time.

i was a big Sonic fan as a kid despite never really owning a Genesis. it was weird. i’d played the games before and i liked them, and i certainly would have liked being able to play them on my own time. but i had a snes (which i still enjoyed). so i mainly got my Sonic “fix” through the cartoons and now this comic that i begged my dad to buy me.

i was never really a comic reader as a kid. comics in general were pretty rare in my area (even rarer now). i’m pretty sure there weren’t any comic stores nearby (at least that i knew of). so my only exposure was the occasional racks in the supermarket or drug store. but i dug this one, mostly just cause it starred characters i knew/liked, and stuck with it for basically the rest of my childhood. 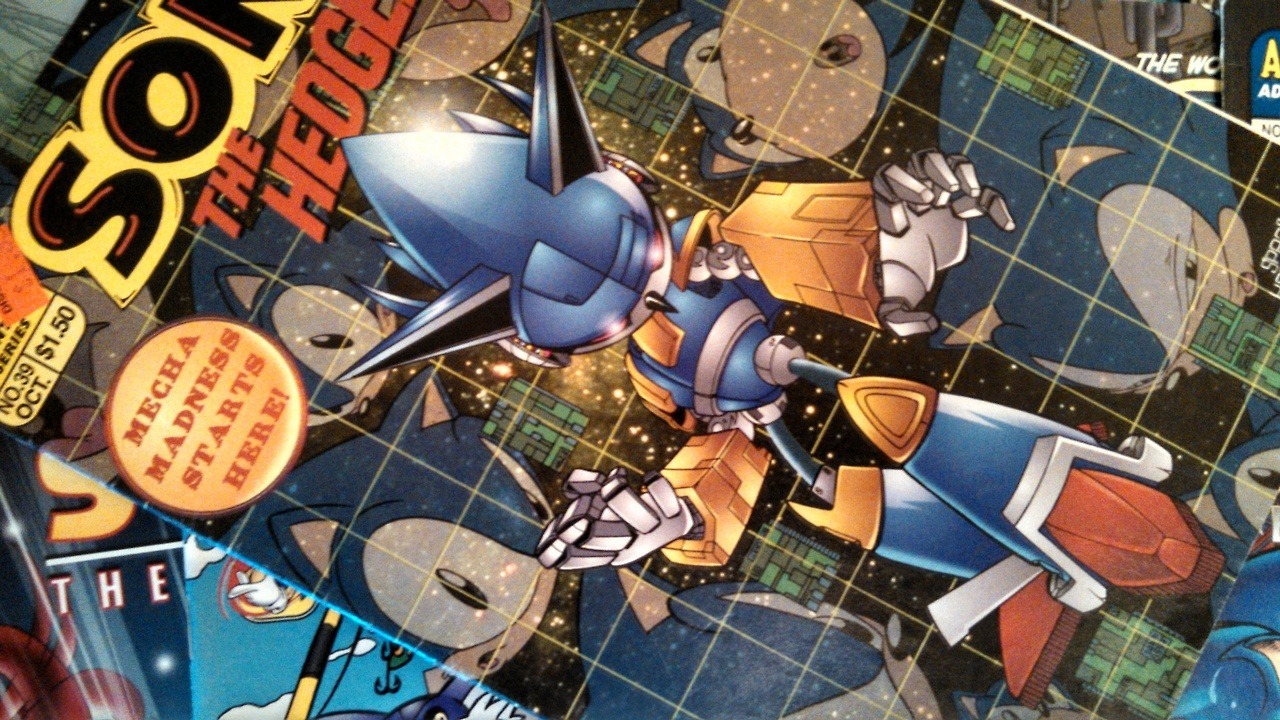 as i mentioned, my first issue was 37. but the one that really hooked me was 39 – y’know the one where Sonic turns into a robot and beats the shit out of his friends. i saw that cover and was floored. “wow he’s a robot now!” i remember thinking, more or less. i thought that mecha Sonic design was sooo coool (spoiler: i still do). i loved that issue and went back to it repeatedly. and the art from Patrick Spaziante was/is fantastic. to this day, that cover is still what i picture when i think sonic comics.

from then on i’d consistently collected the Sonic comics for years, excitedly picking one up whenever i saw a new one during our regular grocery shopping outings. i have nearly every issue from 37 (aug 1996) through 82 (mar 2000)… missed a couple down the line but what whatcanyado. i was never a subscriber but i did order a number of special issues… yes, even the infamous “Sonic Live” issue. 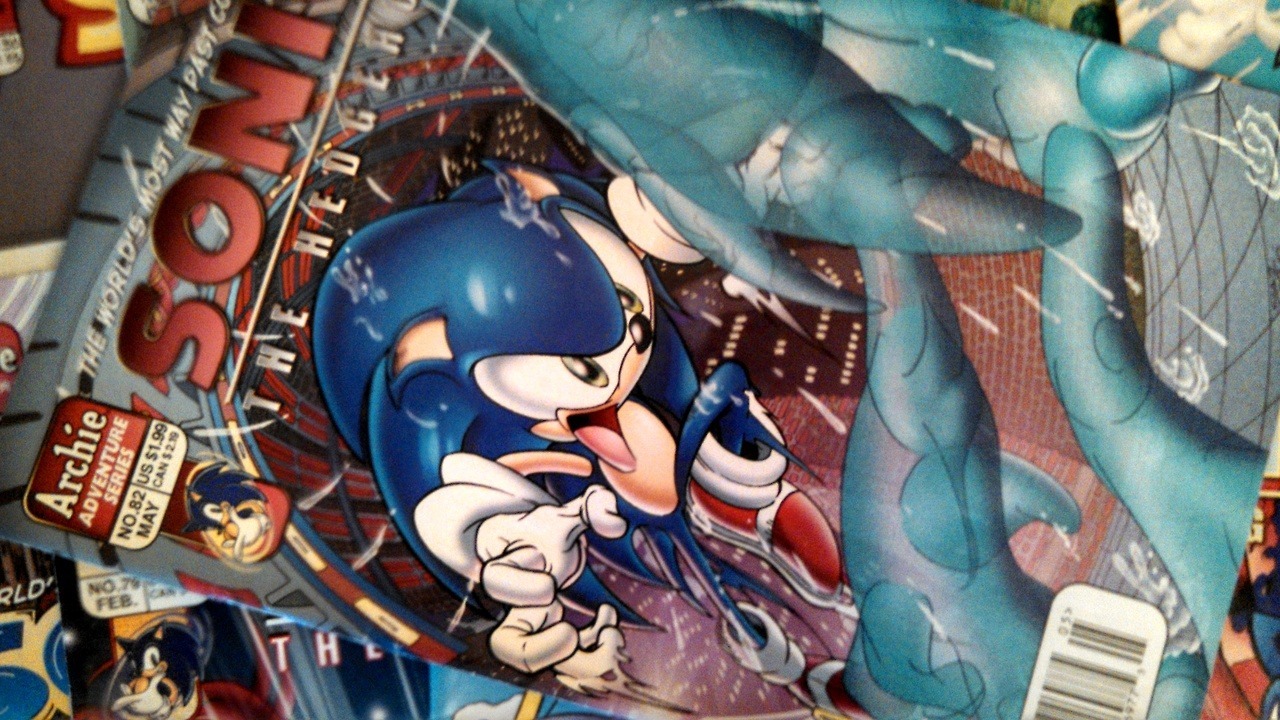 issue 82 took place early on in the Sonic Adventure adaptation. it was the one where Sonic met Chaos, and it was also the last issue i got to read.

see, i’d been getting comics from the same supermarket for years. at some point they eventually must’ve stopped ordering them, because they never got any more stock. i’d anxiously check the rack, hoping for something new… week in, week out… but 82 was still there… and 82 stayed there for months. till at some point the supermarket stopped carrying comics at all. and that pretty much cut off my access to comics completely.

i was pretty disappointed. but maybe, really, it was a blessing in disguise? because, from what i heard, the comic really started to fall off in quality not too long after that. it bungled up into a real hot mess for years until it eventually got rebooted. and while the comics i’d got to read surely had their own problems, for an undiscerning kid it was a fun ride while it lasted.

on the subject of the reboot, apparently the comic did get a whole lot better in recent years. i guess the series got shook up with some major staff changes and its been rather well regarded since. personally i haven’t consistently read it since. but i did see that recent “Sonic Mega Drive” one-off/miniseries/whatever and it looked fantastic. never got around to picking it up though. and now it looks like it’s gonna remain unfinished so… fuck

Sega stated they’re partnering up with IDW now starting in 2018. i don’t know what that means for this series – whether the story is going to be continued with IDW, or if they’re just gonna completely hard reboot it and start from scratch. but i’m not all that invested anyway so… we’ll see i guess.

anyway that’s my long history with the sonic comics. thanks for reading! or just scrolling past… whatever.